Welcome to Operation Care For Troops
Shipped 115,839 Packages as of April 2021

“Operation Care For Troops” began as a family and friends effort to provide needed but not easy to obtain items to the founders’ family members serving in Afghanistan and in Iraq. Soon, the fellow soldiers were requesting items and the grass root effort of the family, friends and local community volunteers were sending care packages to fulfill these requests. Word spread and care packages were being sent all over the world to our deployed service men and women in harms way.

“Operation Care For Troops”  has evolved and expanded its mission to include helping those who have returned home.  OCT works with the NH VASH program by supplying Holiday stockings for the children of service families in transition and displaced veterans.  OCT supplies Holiday Stockings for local veteran homes and homeless veteran programs in Greater Manchester and Greater Nashua. 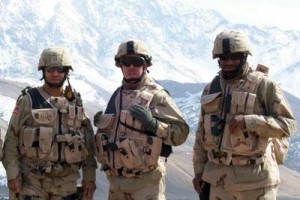 Purple Hearts & Wounded Spirits
Great book! Take a look as it is a good read. Available at Amazon.com
In the wake of the September 11th terrorist attacks on the United States, Christian educator Brian Moore found himself unable to quiet the horror and rage in his heart. When his unit of the Army National Guard deployed to Iraq about a year later he gladly took up his gun, prepared to seek justice for his country. Yet from his first step into a battle-zone in the Middle East it became clear that his expectations of Iraq, its people, and war in general would be challenged. From occupying one of Saddam Hussein’s former palaces along the Tigris River to trekking through the Himalayan Mountains during a tour in Afghanistan, Moore details his war-time experiences with honesty, directness, and grit. His physical and spiritual strife while abroad changed his relationship with God and his fellow men, while reminding him what it means to be a witness for Christ – even to one’s enemies.

Brian’s journey is inspiring and challenging – an exploration of overcoming the spiritual issues of war.
A portion of sales from this book will go toward charitable organizations supporting veterans. 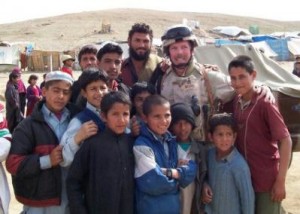 What can you do to help time, talent or treasures?Due

You can write to us at: